On September 25, 1789, The American Bill of Rights was drafted by Congress and transmitted to the state Legislatures twelve proposed amendments to the Constitution. Numbers three through twelve were adopted by the States, making the Bill of Rights a very famous document through history!

Thomas Jefferson who argued: "A bill of rights is what the people are entitled to against every government on earth, general or particular, and what no just government should refuse, or rest on inference."

The American Bill of Rights, inspired by Jefferson and drafted by James Madison, was adopted, and in 1791 the Constitution's first ten amendments became the law of the land.

The United States Bill of Rights plays a central role in American law and government, and remains a fundamental symbol of the freedoms and culture of the nation. One of the original fourteen copies of the U.S. Bill of Rights is on public display at the National Archives in Washington, D.C.

Contrary to what many believe, the term “Bill” is not only defined as an amount of money owed for goods supplied or services rendered set out in a printed or written statement of charges, or an invoice that one of your suppliers will give you, that which, sooner or later, you will have to pay. It has another meaning, that is as important as this one - Bill: “Draft document before it is made into law / a draft of a proposed law presented to parliament for discussion.”

Summarizing, a bill is proposed legislation under consideration by a legislature. A bill does not become law until it is enacted by congress or parliament and, in most cases, signed by the executive. Once a bill been enacted into law, it is called an Act or a Statute.

In case you missed it, some big bills were introduced in 2017 in the USA, with the entrance of Donald Trump and the new government, some polemics about the major bills that were introduced arose, among them the two main are the “Fairness for High-Skilled Immigrants act of 2017” and the “American Health Care Act of 2017.”

Have you heard about the proposals included in those Bills?

It is important to research to find out!

The next step is to wait for approvals. And if they are approved, they will become law. We must have a critical sense about every bill, and hope that those responsible for voting will be wise in choosing what is best for the people. 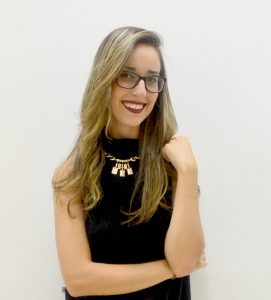 Um comentário em “What does the term “Bill” mean?”