The American Judicial System is well known through movies and TV shows. Many of its famous aspects, such as the so-called Miranda Rights (among them, the right to remain silent), the importance of a jury trial, cross examinations and depositions during a discovery procedure, the use of the death penalty by lethal injection (a controversial topic still applied in many US states), the importance of judicial precedents and the stare decisis (part of the so called “common law system”) are well-known to moviegoers and TV audiences worldwide, including those in Brazil, to a point that many believe certain aspects of the Brazilian Judicial are similar to the US system, which of course are not.  For instance, jury trials in Brazil are vastly different from the US and only used in willful crimes against life – Article 5th, Section XXXVIII, letter d, of the 1988 Brazilian Federal Constitution.

One of the main aspects of the American/US Judicial System is the importance of its Constitution. The United States (US) Constitution defines the main aspects of the American legal framework and is one of the most enduring Constitutions in the world. The US Constitution, which established the first Federation in modern history, the United States of America, has succeeded the so called Articles of Confederations (drafted in 1777, enacted in 1781), which had established a confederation of former British colonies for the purpose of uniting against the British Crown and declaring their Independence (originally Thirteen British Colonies, later turned into states).

The current US Constitution was adopted at the Constitutional Convention, which took place from May 25, to September 17, 1787, in Philadelphia, the nation’s first capital, having delegates from the previous 13 Colonies, who helped it on its drafting and conception. Among them, we can cite James Madison, of Virginia; Benjamin Franklin, of Pennsylvania, and Alexander Hamilton, of New York.

The US Constitution, which was ratified in 1789 by all the thirteen new states, should not be confused with the US Declaration of Independence, which is from 1776 and had the direct participation of Thomas Jefferson (who, by the time of the Philadelphia Constitutional Convention, was serving in France and could not participate directly in the drafting of the 1787 US Constitution).

Originally, those constitutional provisions would only be applied on a federal level, nevertheless, some Supreme Court rulings made them applicable on a state level. Those decisions have affirmed that the 14th Amendment, which is applicable to states, has absorbed parts of the Bill of Rights through its due process clause (starting with Gitlow vs. New York, 1925).

The separation of powers within the Constitution is established from articles 1st to 3rd of that document. Article 1st on the Legislative Power, article 2nd on the Executive Power, and article 3rd, on the Judicial Power.

Regarding article 3rd, the Judicial Power, on a federal level (since the US Constitution deals with federal courts), establishes in Section I that “[t]he judicial Power of the United States, shall be vested in one supreme Court, and in such inferior Courts as the Congress may from time to time ordain and establish. The Judges, both of the supreme and inferior Courts, shall hold their Offices during good Behavior, and shall, at stated Times, receive for their Services, a Compensation, which shall not be diminished during their Continuance in Office”.

One can set from such clause that: a) the Supreme Court is the highest court in the land; b) first degree courts (known as “district courts”) and appellate federal courts (known as “circuit courts”, comprising of more than one and state/or region – e.g. Puerto Rico’s cases fall under the helm of the First Circuit, comprising several northern states, such as Massachusetts and Maine). They are established by the Judiciary Act of 1789 and later improved by Federal Courts Improvement Act of 1982. First degree judges are called district judges, and appellate court judges are known as justices (such as US Supreme Court Justice). State local and appellate courts are set by State Constitutions and state laws.

One interesting aspect of US Constitutional Law is the powers vested in US Congress for the enactment of federal law and the residual powers enacted in states for the enactment of state law. In a nutshell, the US Congress has: a) enumerated, or express powers (Article 1st, Section 8, of the US Constitution and, b) implied powers, as those powers exercised by Congress that are not expressly granted to it by the Constitution, but are deemed, “necessary and proper” for effectively exercising its “enumerated” powers (also known as the “elastic clause”, set in Article 1st, Section 8, of the US Constitution). Implied powers are a controversial topic by US legal scholars and has been accepted by a couple precedents of the US Supreme Court (see McCulloch v. Maryland (1819)).

Congress has other powers set in Article III, Section; Article IV, Section 3, of the US Constitution, as well within the Thirteen, Fourteen and Fifteen Amendments of the US Constitution (post-Civil War’s Reconstruction Amendments), which gave Congress authority to enact legislation to enforce rights of all citizens regardless of race, including voting rights, due process, and equal protection under the law (also known as delegated powers).

Regarding state rights and state powers vs. federal powers and Congressional Authority, they are highly important under an US Constitutional Law perspective, particularly given the so-called “commerce clause” (Article I, Section 8, Clause 3, US Constitution), the topic shall be dealt in future material, given its complexity.

The so-called “Supremacy Clause” establishes that the Constitution, as well as federal laws made pursuant to it, and treaties made under its authority, constitute the “supreme Law of the Land”, and thus take priority over any conflicting state laws (Article VI, Clause 2, of the US Constitution). The judicial implication of the “Supremacy Clause”, under state laws and State Constitutions, shall be seen in future material. 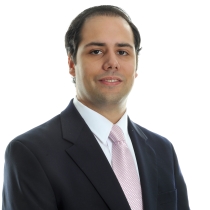